THE IMPORTANCE OF CAPTURING A CLIENT’S TESTAMENTARY WISHES 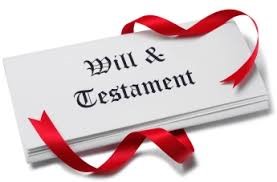 A legal practitioner must follow a client’s lawful, proper and competent instructions.  When drafting documents, significant care must be taken by solicitors to ensure the documents prepared for their clients accurately reflect their client’s instructions and wishes.

During the last few years, there have been a few cases in the Supreme Court of Western Australia which have dealt with this very issue.

In Douglas v Douglas [2017] WASC 184, the Court commented that the Will in question, and the reciprocal Will of the deceased’s wife, as drafted, created an intestacy in respect of the residue of their estates upon one of them surviving the other.   The deceased’s wife sought rectification so as to reflect the testamentary intentions of the deceased by inserting a further clause in the Will to dispose of the residue of his estate to the family trust, thus avoiding a partial intestacy. The defendants (the deceased’s sons) opposed the application. They contended that the family would not be taken care of by the applicant if she were granted rectification of the Will.

The Court considered all of the evidence which must include evidence of the testator’s actual intention, as well as evidence that the testator’s intention was the content of the instructions given to the solicitor.  The applicant bears a heavy onus to rebut the presumption which arises from due execution of the Will.

In Douglas v Douglas, the law firm which took the deceased’s instructions, ceased to exist and records were no longer held of the instructions given by the deceased.  Notwithstanding this, the applicant was able to satisfy the Court on the balance of probabilities that the deceased’s intention was to leave his estate to the trust.  The applicant and the deceased had expressly discussed their joint succession plan, they had attended the appointment with their lawyer together, and had jointly given instructions regarding reciprocal Wills and trust amendments to give effect to their joint succession plan.   Rectification was granted by the Court.

In Shirdon v Cox [2019] WASC 433, the testatrix gave Will instructions to a paralegal.  Part of the instructions received were misunderstood by the paralegal and those errors were picked up by the testatrix. A second meeting was held so that the testatrix could clarify her testamentary intentions.   A second draft Will was prepared, and then signed, but ultimately resulted in a partial intestacy.

Evidence was tendered by both the former paralegal who prepared the Will and by the deceased’s partner as to the deceased’s testamentary intentions.  Both sets of evidence reached the same conclusion as to what the deceased’s testamentary intentions were and it was clear from the former paralegal’s evidence that those intentions had been the subject of the content of the instructions given.  Put simply, the error arose during the Will drafting process.   The Court ordered rectification of the Will.

The abovementioned cases demonstrate that careful consideration needs to be given by practitioners when taking client’s instructions and drafting estate planning documents.  If you would like professional legal advice, to discuss your estate planning or to make a new Will, please contact Jacinta Binstead on 08 6166 9000.