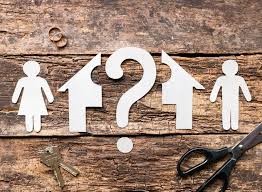 The definition of a ‘spouse’ differs according to each superannuation fund’s trust deed.  The trust deed is the document which governs the exercise of the superannuation trustees’ discretion.  Some trust deeds confirm that ‘spouse’ has the meaning given to it in section 10 of the Superannuation Industry (Supervision) Act 1993 (Cth) (SIS Act), but others do not.

Section 10 of the SIS Act defines the “spouse” of a person as:

(ii)   another person who, although not legally married to the person, lives with the person on a genuine domestic basis in a relationship as a couple.

Section 2F(1) of the Acts Interpretation Act 1901(Cth) (Act) states that a person is in a ‘de facto relationship’ with another person if the persons:

(a)   are not legally married to each other; and

(c)   have a relationship as a couple living together on a genuine domestic basis.

The other factors which may indicate whether a de facto relationship exists are set out in section 2F(2) of the Act, and are as follows:

(iv)           the degree of financial dependence or interdependence, and any arrangements for financial support, between them;

(viii)          the reputation and public aspects of the relationship.

For a de facto relationship to have remained intact, the deceased member and his or her de facto spouse must have ‘lived together’, in the strict sense of those words, immediately before the death of the Deceased.

What is considered temporary: days, weeks or longer?

The Full Federal Court held in Williams v IS Industry Fund Pty Ltd [2018] FCA 529 that ‘living together’ does not automatically mean ‘physically cohabitating under the one roof’.  The Court made it clear that the expression ‘living together’ will be established by the consideration of all of the facts constituting the living arrangements of the two persons involved, including patterns of work, the patterns of prior living arrangements and the parties’ intentions.

In a recent case delivered by the Superannuation Complaints Tribunal (SCT) (as it then was) in February 2020, D19-20\125 [2020] SCTA 246, the de facto spouse was temporarily residing at her parents’ home at the time of the deceased member’s death, and had been doing so for approximately three weeks before the death. The complainant in that case submitted that this fact, amongst others, was indicative that the de facto spousal relationship had ended at the time of the deceased member’s death  and therefore the de facto spouse was not entitled to the deceased member’s superannuation death benefits.  The Tribunal said ‘the concept of living together does not relating to sharing a particular residence but rather what Murphy J said in Jonah v White [2011] FamCA 221, whether a couple manifests a relationship of ‘coupledom’ which involves the merger of two lives’.

In Lipman v Lipman (1989) DFC 95-068, Powell JA said, ‘I do not discount the possibility that ‘a de facto relationship’ may properly be regarded as continuing notwithstanding that the parties may have separated only temporarily while they attempted to work through some difficulty which they had encountered in the relationship’.

At what point is a relationship considered to have irretrievably broken down?  The answer is that it depends on the circumstances of each matter.

In D19-20\125 referred to above, the deceased member and the de facto spouse had argued about the deceased member’s excessive drinking and drug taking approximately three weeks before his death, which resulted in the de facto spouse temporarily staying with her parents.  This was a pattern of behaviour which had occurred previously in their relationship and which went against the suggestion by the complainant that the relationship had irretrievably terminated.

In Levers v Superannuation Complaints Tribunal [2016] FCA 936, the SCT found that despite disharmony, altercations and grievances in the period immediately leading up to the death of the deceased member, the deceased member and Mr Hattingh were still fighting over the matters that people in a relationship may fight about, and the disagreement did not automatically portend the termination of the relationship.

The following statement was made by Mushin J in Moby & Schulter [2010] FamCA 748, and succinctly sums up at what point physical separation and relationship disharmony may affect the classification of the relationship as a ‘de facto relationship’:

There can be uncertainty about the future while living apart but the de facto relationship goes on even though the partners are not doing all of the things together that they had previously done.

The keeping apart has to have finality about it and that is best seen where the de facto relationship has none of its previous characteristics any longer.

The decisions in the above cases demonstrate that periods of temporary separation and relationship disharmony between a deceased member and his or her de facto spouse will not necessarily lead to the conclusion that the relationship has irretrievably broken down such that the spouse would no longer be entitled to receive the deceased member’s superannuation benefits.  Each case must be considered on its own factual merits.

If you wish to make a claim for payment of superannuation of a deceased family member, or would like estate planning advice including the making of a valid binding beneficiary nomination in respect of superannuation death benefits, please Jacinta Binstead on (08) 6166 9000.