A FAILURE OF EXECUTORIAL RESPONSIBILITIES: REVOKING A GRANT OF PROBATE 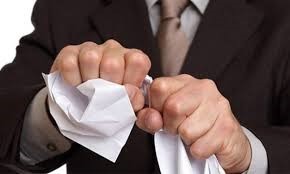 The Executor is responsible for ensuring that the most recent current last Will and Testament of the deceased is located, a Grant of Probate is obtained if the circumstances require such a step to be taken, all assets are accounted for and are secured, all debts and liabilities of the deceased are paid, the deceased’s taxation affairs are finalised, the beneficiaries receive their inheritance in accordance with the terms of the Will and good record keeping is maintained to reflect the steps taken.

The primary concern of the Court is to ensure that the estate of a deceased person will be duly and properly administered according to the terms of the Will in the interests of the parties beneficially entitled to the estate.  So what happens when the due and proper administration of the estate has been put in jeopardy by the Executor?

The principles which guide the exercise of the Court’s jurisdiction and discretion in Western Australia to revoke a Grant of Probate have been set out in the cases Tsaknis v Lilburne [2010] WASC 152 and Woodley v Woodley [No 2] [2017] WASC 94.  These principles were followed in the recently decided case of Beard v Turkovic [2020] WASC 248.

Beard v Turkovic involved a family dispute between siblings about the administration of their late father’s estate. Two of the beneficiaries brought an application seeking an order that the Grant of Probate to one of their brothers be revoked. The Court had issued the Grant to two brothers, jointly, which for the purposes of this article we will refer to as ‘M’ and ‘R’.

In support of their application for the Grant of Probate, M and R filed an affidavit in which they valued the estate at just over $500,000.

In 1999, a trust was established and each of the deceased’s children were named as primary beneficiaries (Trust).  In 2000, M began controlling the financial affairs of the Trust.  The Trust was used to trade shares and purchase an investment property.

M predominantly lived in America but also spent some time in Australia.   R lived in Australia.  While M was in America, R permitted the applicants to sort through the deceased’s personal effects at his home.  It was during this ‘clean out’ that they found documents relating to the Trust, and coincidentally found records relating to the deceased’s Inheritances.  The records found by the applicants appeared to be annotated by M and indicated that the monetary Inheritances were partly paid into the Trust’s bank account and used to purchase a property in America, and were partly paid to M’s wife for the purpose of purchasing a second property in America and, therefore, ought to be classified as a loan to M.   M denied that position and maintained that the Inheritances were used to pay expenses incurred by the deceased and the deceased gave him $50,000 by way of gift.

The Court recognises it is a serious matter to revoke a Grant of Probate because the testator’s choice of a designated person to be Executor or co-Executor implies that the deceased reposed trust in that person and considered him or her to be suitable and capable of performing the duties required.  Consequently, the exclusion of a named Executor requires special or stringent grounds.

Revocation of a Grant of Probate in the case of a conflict of interest will often be the last resort where there is no other appropriate alternative of dealing with the problem which has emerged.  However, where the Executor finds himself or herself in a position of irreconcilable conflict between his or her duties to the estate and his or her personal interest, the proper administration of the estate may require the Executor to be removed.

In reaching its decision, the Court applied the following test – ‘whether the due and proper administration of the estate had been put in jeopardy or prevented, either by reason of the acts or omissions on the part of the Executor, or by virtue of matters personal to him, or by virtue of the proof of other matters which establish that the Executor is not a fit and proper person to carry out the duties of an Executor’.

The Court considered the following factors in reaching its decision to remove M as an Executor:

The role of an Executor carries with it serious responsibilities.  If you are an Executor and would like advice regarding your responsibilities or guidance/assistance with the administration of a deceased estate, please contact Jacinta Binstead on (08) 6166 9000.