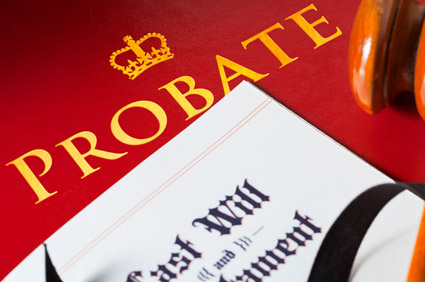 A Grant of Probate represents confirmation from the Supreme Court that a Will of a deceased person is the last valid Will of that person.  A Probate caveat may prevent a Grant being issued.  A recent decision in the Supreme Court of Western Australia (Richardson v Devine ¹ (Richardson case)) has provided valuable guidance as to the procedures to follow in WA in respect of Probate caveats.

A Probate caveat is a written notice or warning filed in the Supreme Court Probate Court Registry by a person (the caveator) in respect of a Probate application filed by another party (the applicant).  While it remains in force, the caveat prevents the applicant from obtaining a Grant of Probate or other such Grant. Until such time as the caveat is removed or expires, the Supreme Court cannot issue a Grant and so the deceased’s estate cannot be administered or wound up.

“Ordinary” Grants (a Grant made in common form) are made on affidavit evidence only and are regarded as non-contentious (that is, there is no dispute between parties) and can be revoked.  However, where a person has a genuine interest in an estate and there are contentious circumstances, that person (the caveator) may lodge a caveat with the Supreme Court.  Lodging a caveat potentially takes the matter out of the realm of the Court’s non-contentious probate jurisdiction into its contentious probate jurisdiction.  The caveator is effectively calling upon the applicant to prove the Will in solemn form (that is, in contentious proceedings where a court hearing takes place).  If the matter ultimately proceeds to trial, the Court will hear evidence and decide whether a particular Will is the deceased’s last valid Will and testament and, if it decides a particular Will is valid, it will issue a Grant of Probate of that Will or a Grant of Letters of Administration (with the Will annexed) of that Will to the applicant in solemn form, rather than in common form.

A practical example as to when a caveat ought to be lodged is where a Will might not have been signed correctly, or it might be missing or damaged or there might be a question as to the Will maker’s testamentary capacity. In any case, an appropriate avenue for an individual seeking to challenge the validity of a Will would first be to lodge a caveat to halt the issuing of a Grant.

The requirements for Probate caveats are set out in section 64 of the Administration Act 1903 (WA) and Rule 33 of the Non-Contentious Probate Rules 1967 (WA).

A Probate caveat is effective for 6 months from the time it is accepted by the Supreme Court for filing. Should a caveator need to do so, the caveator may also apply to the Court for an extension of time shortly before the 6 month time limit expires.

As Master Sanderson noted in The Will of Young:²

“once a caveat expires the application for a grant can proceed as if the caveat had never been lodged.”

After the caveat has been filed and accepted by the Court, the applicant for the Grant of Probate has one month to bring an application before the Court either to revoke the caveat or to commence contentious proceedings to prove the Will.

As was noted by Master Seaman in Re the Will of Poland:³

“r 33(5) plainly contemplates that, if the plaintiff cannot obtain an order removing the caveat within a short period, then contentious proceedings by writ must be commenced.”

In the Richardson case, the applicant, Ms Devine, filed an ex parte application for a grant of Letters of Administration (with the Will annexed) in respect of an informal Will left by the deceased. The Registrar required notice be given to the deceased’s son, Mr Richardson. Upon receiving notice, Mr Richardson lodged a caveat, claiming an interest in the estate, as a child, to the extent that there was an intestacy or a partial intestacy.

Ms Devine had one month to file with the Court an application to commence contentious proceedings to prove the Will or to apply to the Court to have the caveat removed. Where an applicant for a Grant does not take either of these steps, the caveator may then apply to the Court for an order directing the applicant to proceed with his/her application and the Judge or Registrar may make an order upon such terms as he thinks fit.  In this case, when the time for Ms Devine’s response had expired, Mr Richardson wrote a letter to the Registrar requesting the Court to make an order pursuant to the above. Instead, the Registrar issued to Ms Devine a Grant of Letters of Administration (with the Will annexed) of the informal Will.  In his reasons, the Registrar said that an application in the non-contentious jurisdiction is ex parte unless directed otherwise. As it had not been directed otherwise, Mr Richardson was not entitled to be heard by way of submissions or otherwise.  Effectively, the Registrar disregarded Mr Richardson’s letter.

The Court said Mr Richardson, as a person with an interest in the estate, had correctly filed the caveat and that the letter could and should be treated as an application by him to the Court requiring that Ms Devine prove the Will in solemn form. The Court noted that the letter set out in considerable detail various issues said to arise from the available evidence about the circumstances in which the Will was made. The only irregularity in Mr Richardson’s application was that his application was made by way of a letter and not through the formal process.

The appeal was allowed.

In the event of an informal Will, it is important to consider the avenues available to you as an individual with a claim on an estate. Similarly, as an applicant for a Grant, specialist legal advice should be sought as to how to proceed in the event of a potential dispute or in the event a caveat has been lodged. If you would like such advice, please contact Jacinta Binstead on 08 6166 9000 or by email: jacinta@ryandurey.com