DO YOU THINK YOU HAVE A CLAIM UNDER THE FAMILY PROVISION ACT? 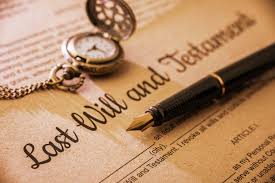 DO YOU THINK YOU HAVE A CLAIM UNDER THE FAMILY PROVISION ACT?

If you are considering challenging a Will, it is important to know that there is a time limitation for bringing a claim contained in the Family Provision Act 1972 (WA) (the Act). Under section 7(2)(a) of the Act, an application can be made within 6 months from the date on which the Supreme Court issues a Grant of Probate of the Will. Under limited circumstances, the Court has discretion to extend this time, but the Court does not exercise its discretion lightly.

The Full Court in Clayton v Aust (1993) 9 WAR 364 neatly set out the principles governing the exercise of the Court’s discretion in relation to applications to extend time under the Act, as follows (with our emphasis):

Do Not Miss the Date

A recent decision of the Court of Appeal (Drake v Bradshaw [2018] WASCA 78) is a timely reminder for all legal practitioners to ensure that if their client wishes to bring a claim, that it is done so within the time limit stipulated in the Act.

In Drake v Bradshaw [2017] WASC 228, the plaintiff brought an application to commence proceedings out of time under the Act.   The plaintiff’s application was filed just over 1 year and 9 months after the expiry of the time limitation.  A brief summary of the facts is as follows:

The plaintiff’s claim was ultimately dismissed. In his reasoning, the Master stated that the distribution of the whole of the Estate was decisive, and a large part of the reason why the plaintiff’s claim was unsuccessful.  The Master stated that there was nothing precluding the plaintiff from finding out about the limitation period, and his delay ultimately resulted from an ignorance of the law combined with his difficult circumstances.

On appeal, four grounds were argued:

The appeal was dismissed.

Drake v Bradshaw is a strong reminder that the Court will not readily grant leave for a plaintiff to bring a claim pursuant to the Act ‘out of time’.  The time limit provided by the Act exists for obvious reasons.  There is public interest in the prompt administration of estates.  After the time limit has lapsed, beneficiaries and others who may be affected should ordinarily be entitled to assume that there will be no challenge to a Will: Andre v Perpetual Trustees WA Ltd [2009] WASCA 14.

If you think you have not been adequately provided for under a Will, it is important to get advice as soon as possible prior to any expiration of time limitations. If you would like advice, please contact Jacinta Binstead on 6166 9000.